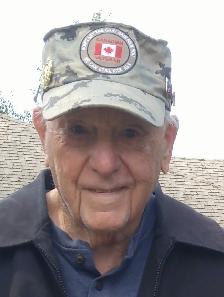 November 26, 1931 to August 27, 2019
After a long and courageous battle with cancer it is with heavy hearts we share the sad news of George’s passing in Hope BC. George is survived by his wife of 62 years Audrey, son Gordon (Marilyn), daughter Janice (Michael), grandchildren Erin (Eugene), Gillian, great grandson Kaine, brother Walter (Patricia), sister-in-law Myrtle, numerous nieces, nephews and cousins as well as his best furry friend Julie. He was predeceased by his brother Ernest. George was a proud veteran of the 411 Squadron of the R.C.A.F., a vintage car enthusiast, restorer and award winning collector. He was a piper, a private pilot, avid gardener and has travelled extensively throughout Europe as well as local travels with their airplane and RV.
There is no service by request. In lieu of flowers, contributions may be sent to the BC Cancer Foundation at bccancerfoundation.com/GeorgeWebster or the Fraser Canyon Hospice Society, at frasercanyonhospice.org.
Online condolences may be sent to George’s family through his Obituary at Burquitlam Funeral Home.ca.